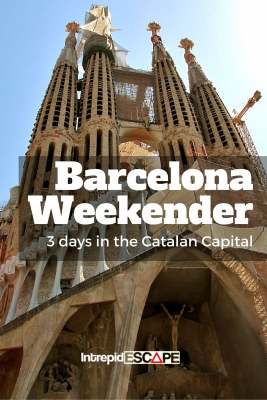 Barcelona is another European city made hugely accessible by the rise of budget airlines, yet it’s sometimes overlooked as a holiday or long weekend destination. Us Brits in particular chose the Balearic Islands or Costa del Sol (well some of us). So after an incredible trip to Catalonia (check out my 7 Secrets of Catalonia), I’m making it my mission to show my readers why you must make time to explore the whole region, starting with a weekend in Barcelona.

Like most cities, Spain’s second most populated city has so much to explore, this is merely a quick guide, a drop in the ocean of what’s achievable. Put simply, if you want to see Barcelona properly, allow more than a weekend. And if you plan to visit Catalonia, you will need months to immerse yourself in this fascinating region of Spain, and discover the true Catalan culture, and maybe even learn some of the language. 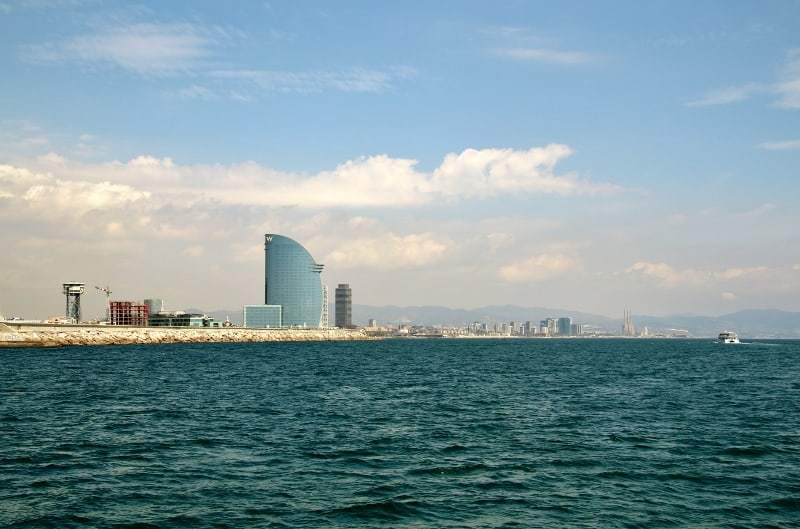 It’s everywhere in Barcelona, and it’s incredible. This Top 10 Gaudi Buildings is a good start, you could spend a week just exploring each and every example of his stunning designs. He changed the rules of architecture, his work and techniques are instantly recognisable and if you visit Barcelona without seeing anything then you are either asleep or dead. These are my top 3:

This was a 1904 restoration of a conventional house. Let’s just think about that, most of Gaudi’s work was built between 1880 and 1920, that’s just astounding! The façade of Casa Batlló  is fantasy design of imagination and creativity, usually capturing people as they pass by. It’s a little like a scene from Charlie and the Chocolate Factory, how we would have designed our house as a child, fantastic. The inside is said to be the “House of Water” and the façade is supposed to represent the bones of the dead animals laying at the bottom of the sea. 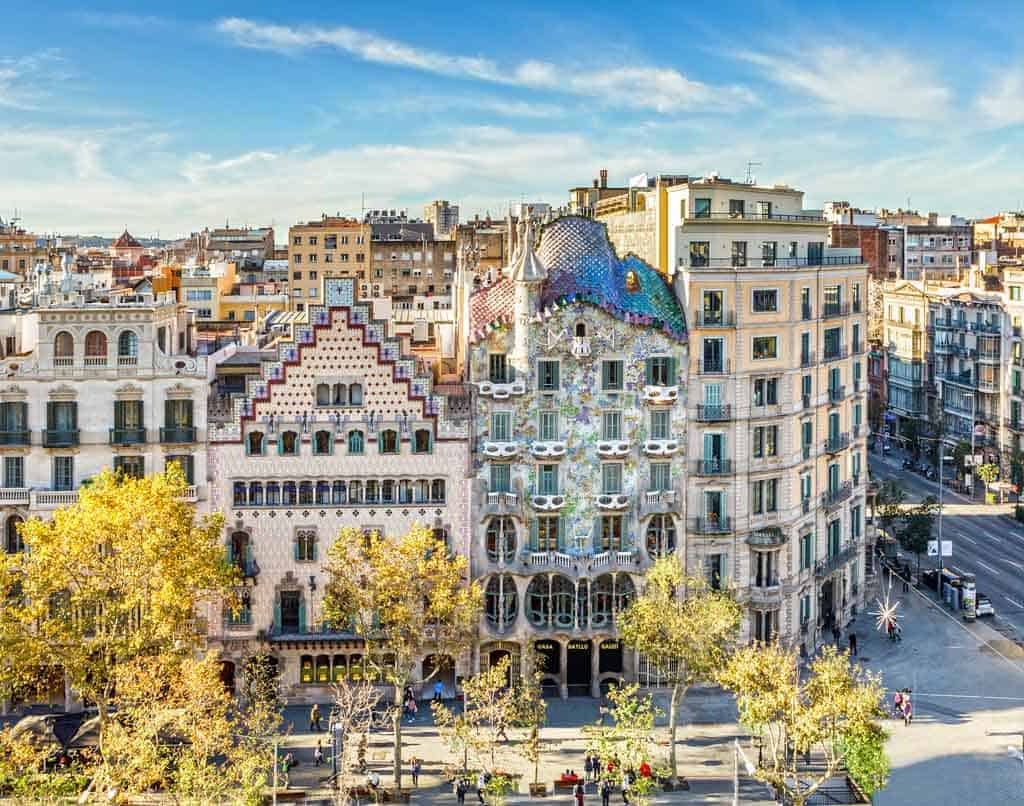 In many ways, it’s the interpretations of Gaudi’s work that intrigue me. Some say the house represents a carnival and the balconies are the people’s masks, and the colour is the confetti. Other say it’s the house of the dragon, and it represents the Legend of Saint George, the patron of Catalonia, who saved a princes from being eaten by a dragon. The balconies are the bones of the dragon’s victims, the ceiling is the backbone of the dragon and the cross represents the sword that Saint George used to slay the animal. Either way, go and see it for yourself and let your imagination decide.

A building that quite simply needs no introduction. Construction on this UNESCO World Heritage Site began in 1882 and bizarrely has never been completed. It was the masterpiece of the Catalan architect. If you get the chance take the tour of this fantastic building and learn about its history and future, but be prepared for queues and book tickets in advance. 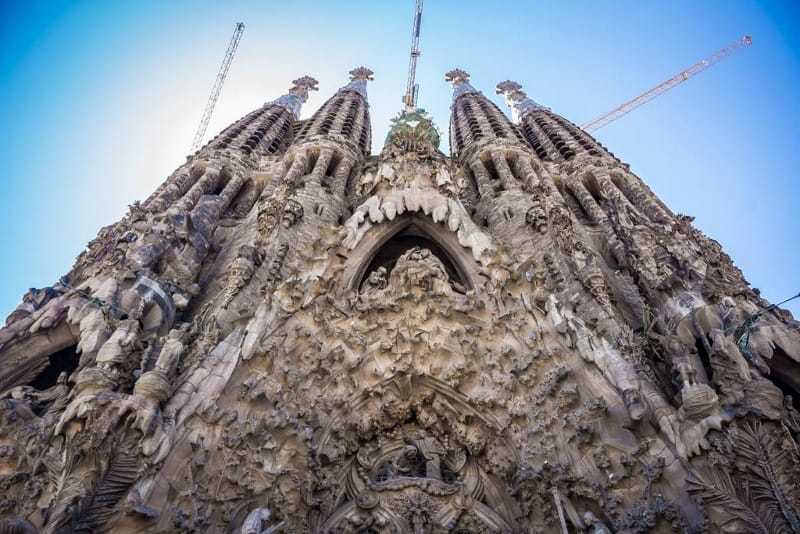 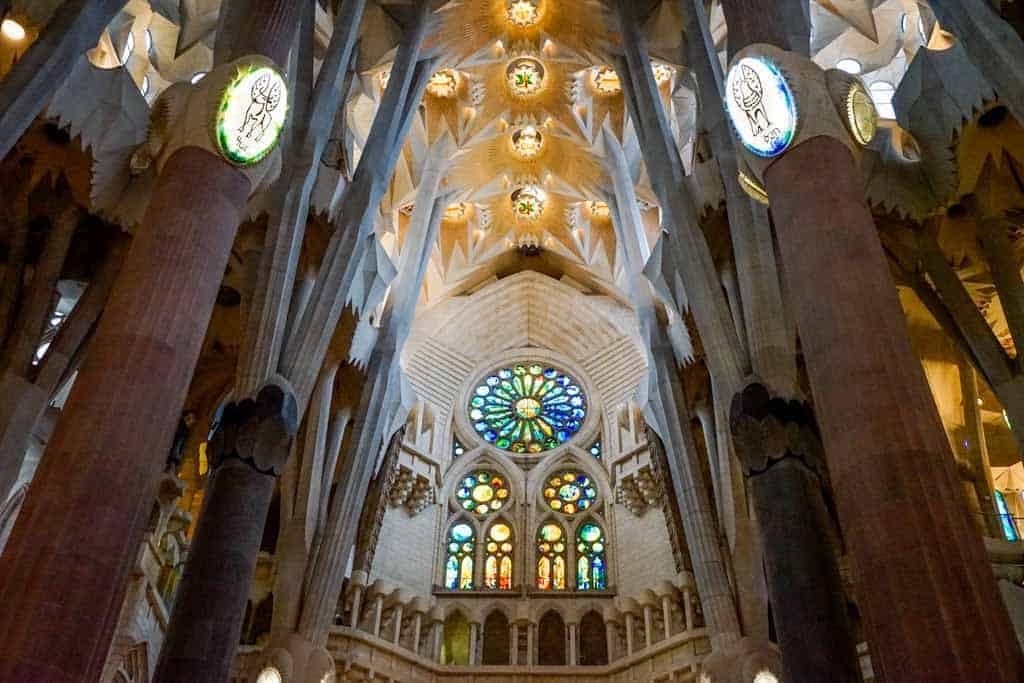 Another UNESCO World Heritage site, Parc Güell was built between 1900 and 1904 and features a series of dynamically designed buildings, every one with unique Gaudi features. A great place to take a walk and admire some of his work. 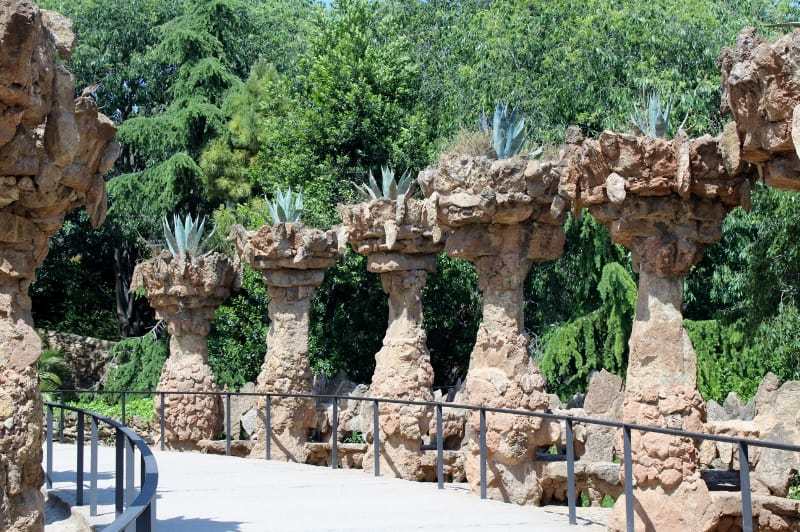 Barri Gotic (The Gothic Quarter) is a beautiful ‘old town‘ in the centre of Barcelona, it stretches from La Rambla to Via Laietana and has remnants of the Roman heritage. You can spend a whole day just wandering and getting lost in the maze of narrow winding streets, and it’s fascinating to see historic buildings mixed with Barcelona’s modern structures. It’s also a great spot to eat and drink and popular for it’s shopping and nightlife. 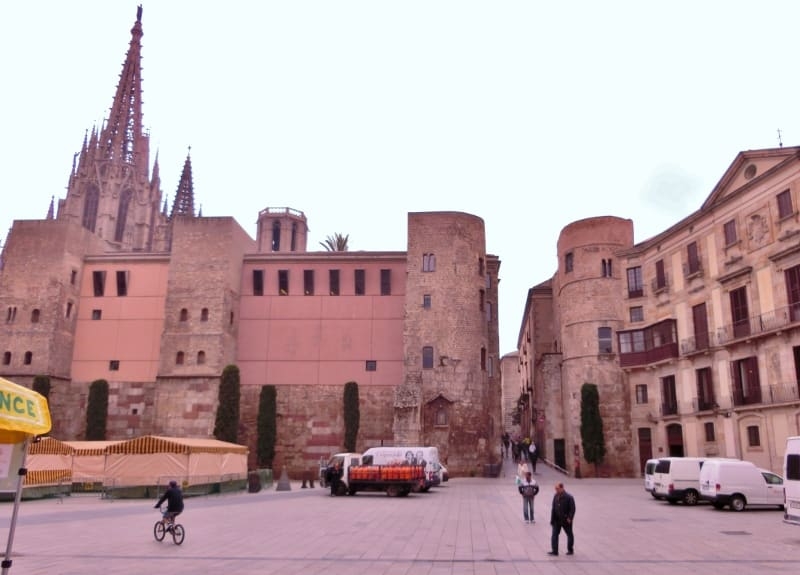 Those of you that know me at all will know I love a great view point, and they don’t come much better than Montjuïc. From the top you have incredible panoramic views over the city, as well as the stunning Montjuïc Castle. The area benefitted from investment during the 1992 Olympic games, so if you have the time be sure to take a look at the Olympic Stadium monument, the Calatrava Tower and the Catalan National Art Museum. We didn’t have long so we took the Cable Car to the top (with our bikes) and missed a few of these attractions, so they’re getting added to the list for next time. Finally, a little known hidden gem, check out the Montjuïc Cactus Park on the way down. 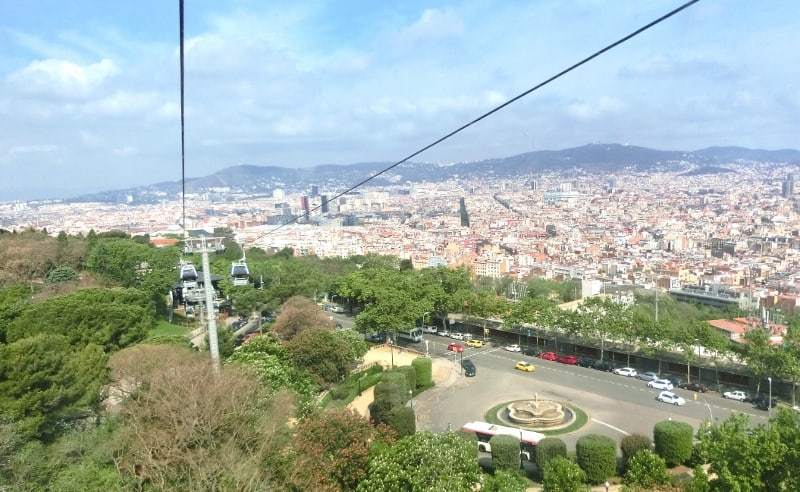 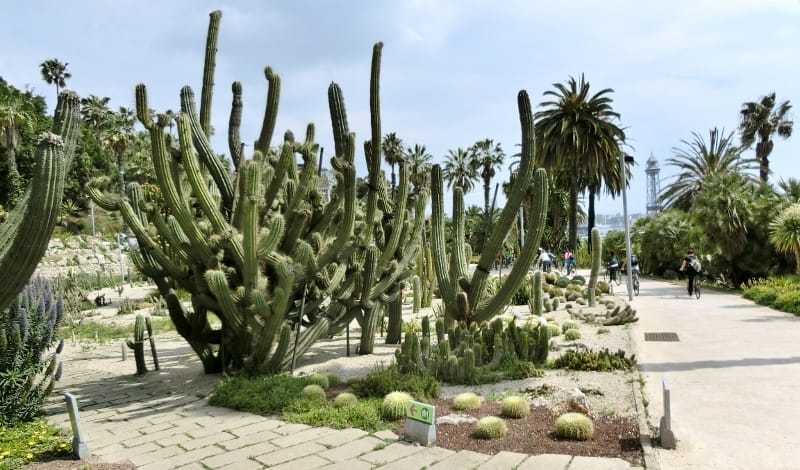 Founded over 150 years ago and famous for being ‘not just a beer factory’, the Moritz Beer Factory is situated inside the city walls in the Ronda Sant Antona area, in an innovative old meets new building. As well as a tour of how traditional Moritz beer is produced, you can eat in their top quality restaurant, drink at the bar or hire the entertaining space in the basement (which looks great for parties!). My pick was the Moritz Epidor, a strong bodied dark beer.

The largest stadium in Europe and hosts of one of the biggest football clubs in the world, need any more reasons? Well, for Catalans Barca is “Més que un club” (more than a club). It’s a club owned by the supporters with one of the biggest revenues in world sport, with its fierce rivalry with Real Madrid in El Clasico effectively represents Catalonia vs Spain in a football match.

In a dream come true, I saw the mighty Barcelona take on Real Madrid in March 2016, where tributes the late, great Johan Cruyff and his “total football” made it an emotional game. It was an electric atmosphere and the title was still undecided. I’ve never seen so many incredible football players on one pitch; Messi, Ronaldo, Iniesta, Bale and Neymar to name a few. If you can get tickets, to El Clasico or any match, it’s a must do in my opinion. One of the photos below is me and my old man taking a tour of Camp Nou 1998 (I was 15!). 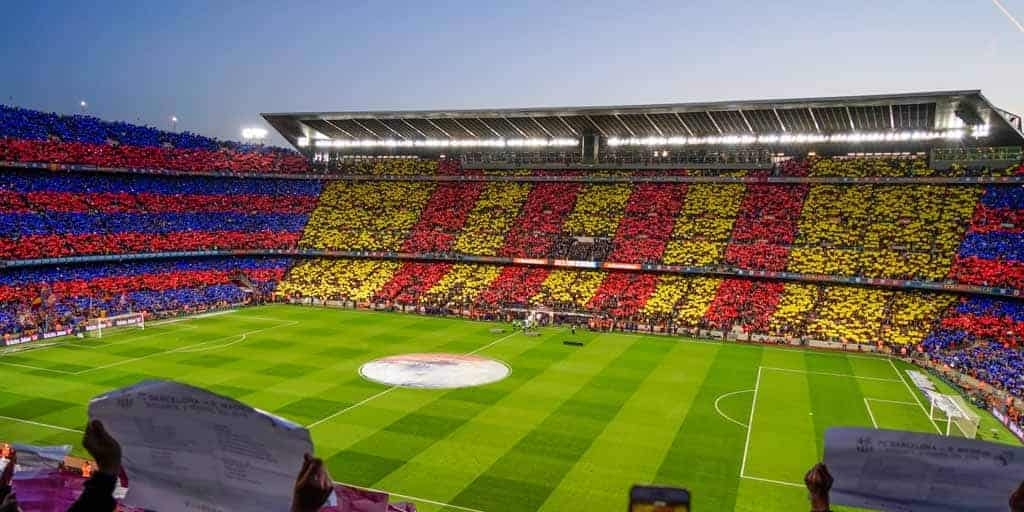 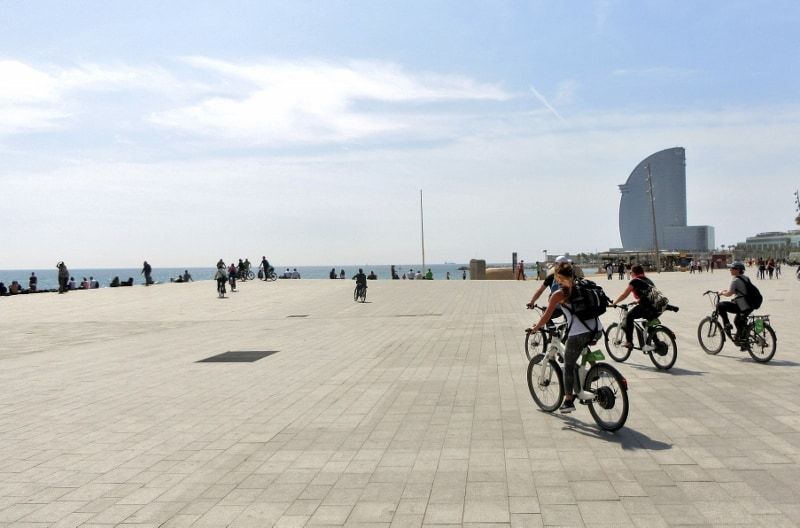 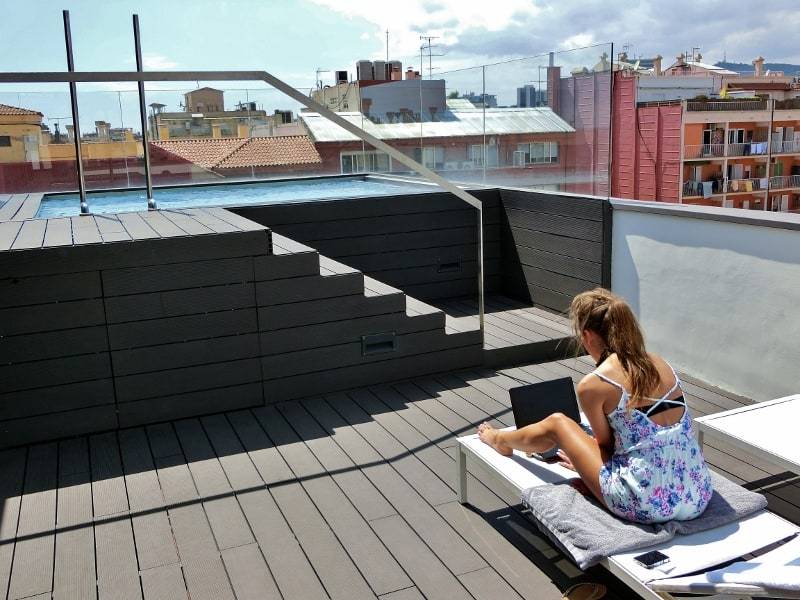 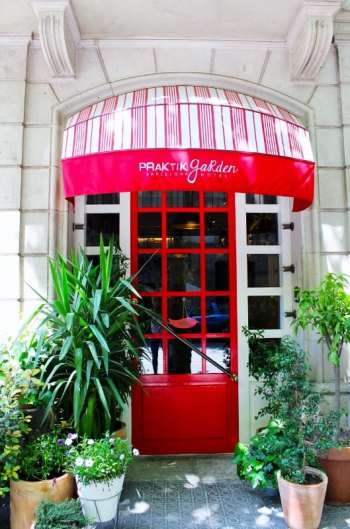 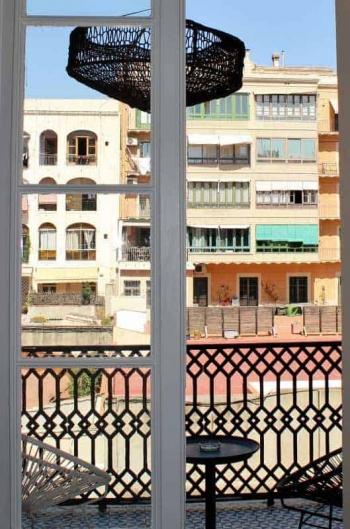 If you’re planning to stay a few days longer, there is plenty in the surrounding areas of Barcelona. Personally I live the freedom of renting a car. Nearby places such as Montserrat, Tarragona and Sitges are definitely worth a visit. Or turn it into a roadtrip to the beautiful city Girona (in the photo below). You can compare plenty of car hire options in Barcelona and collect it from the airport with Easyterra.

Snapchat: IntrepidEscape I’m not sure why Game of Thrones decided to film in Girona.. It’s not like it’s pretty or anythin

I also found Barcelona Connect and Secrets of Barcelona really useful and insightful when planning the trip. Have you been to Barcelona? What would you recommend? I’d love to hear from you in the comments below…

Don’t forget to check the ETIAS requirements for Spain! 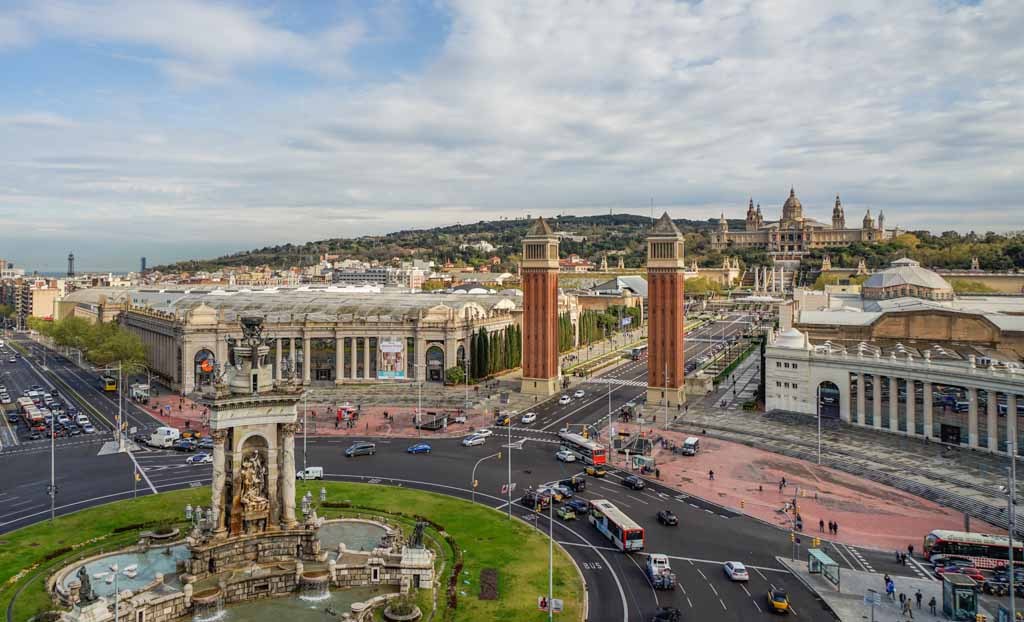 Save it for Later! 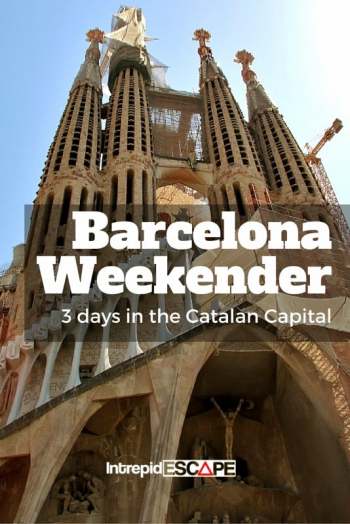 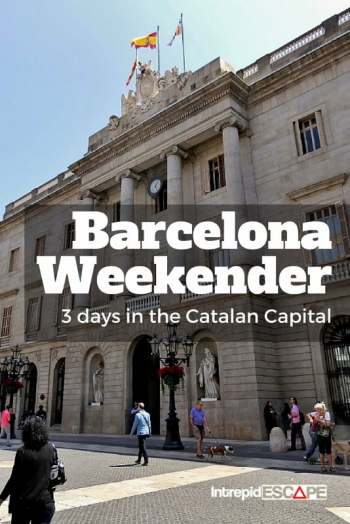 4 thoughts on “Barcelona Weekender: 3 days in the Catalan Capital”