Driving a 4×4 off Road around Fraser Island 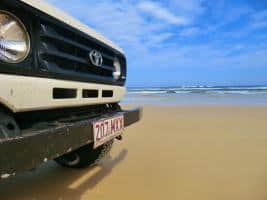 Australia’s East Coast is a well trodden path for most backpackers, and Fraser Island is usually high on everyone’s list, here’s why. Considered the largest sand island in the world, travellers revel in the chance to see an almost untouched world heritage site first hand in a 4×4, taking in the incredible lakes, viewpoints and wildlife. Grab a cuppa and enjoy my Off Road best bits of Fraser Island in a 4×4… 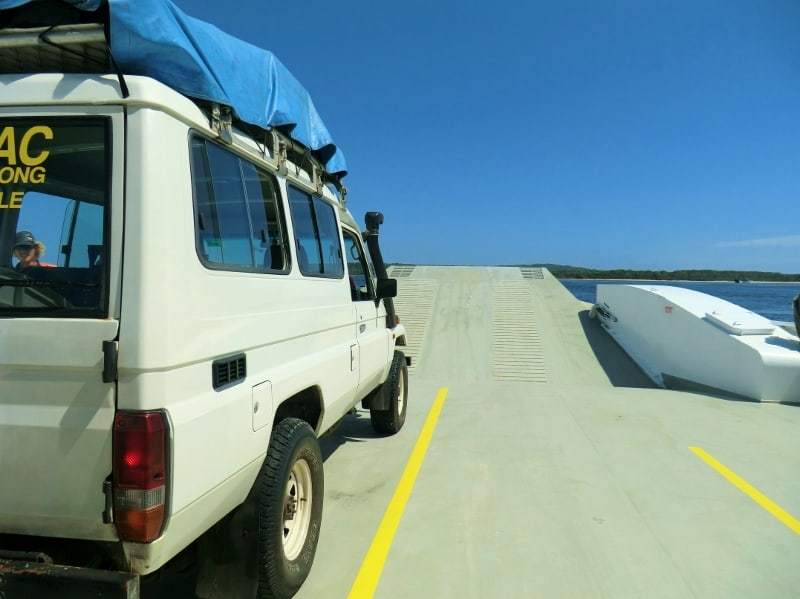 There are over 100 freshwater lakes on Fraser Island, and they are so clean that sun-cream and soap are considered pollution and are banned when using the lakes. Easily the most popular has to be Lake McKenzie. The water is unbelievably clear and the sand is silky smooth. We spent a morning here sunbathing and swimming across the lake, its said the lake has the ‘key to youth‘, but sadly when I got out and dried off, my grey hairs were still very much there! 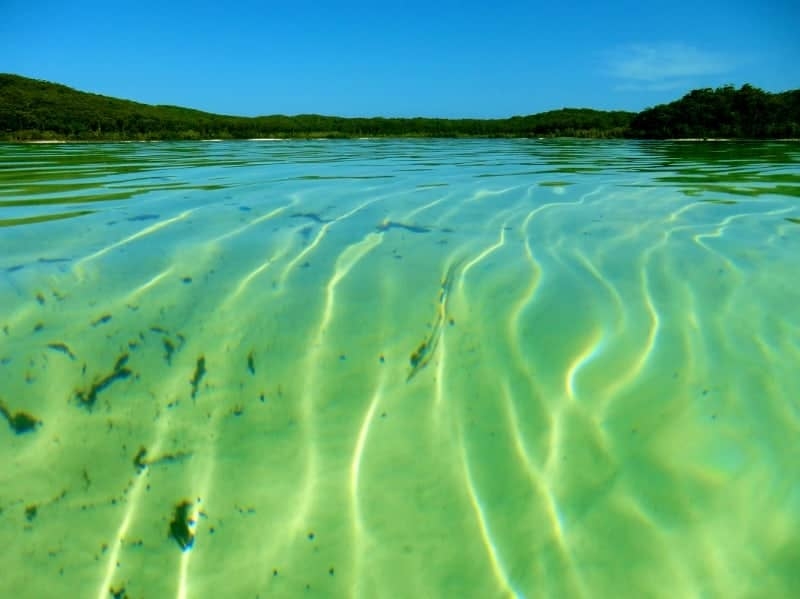 The dingoes on Fraser Island are renown for being the only pure breeds left in Australia, and therefore dogs are not allowed on the island. That said, their numbers are decreasing, and visitors are encouraged to keep away from them, there are strict fines for leaving rubbish or feeding dingoes. I did manage to see two but unfortunately didn’t manage to get any photos. But that’s not the only wildlife here, you might also spot echidnas, wallabies and possums, as well as reptiles such as snakes, frogs, gecko’s, and goanna’s (pictured). 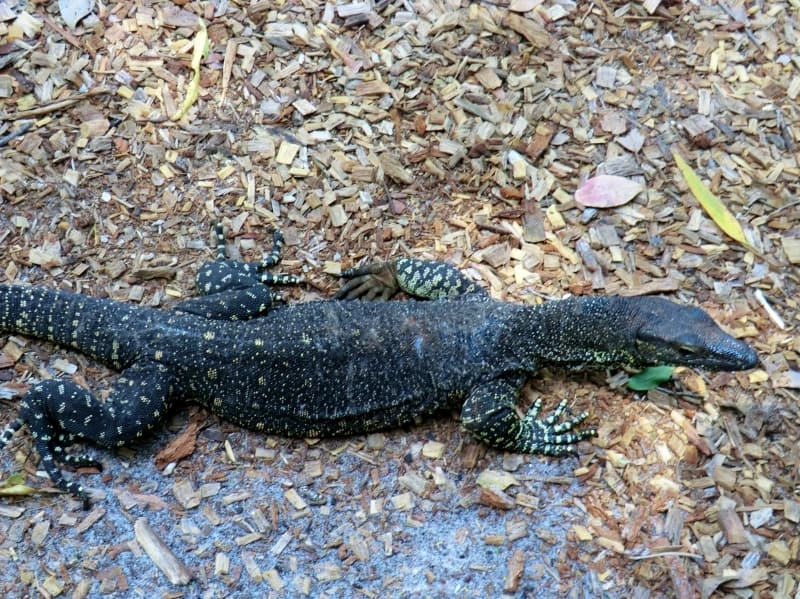 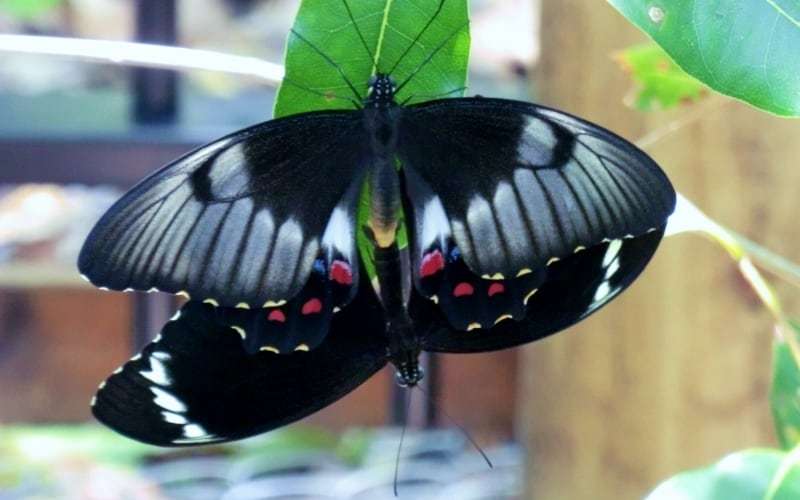 A famous landmark of Fraser Island is the shipwreck of The Maheno, which ran aground in 1935 after being caught in a vicious cyclone. During the Second World War it was seemingly used as bombing practice! Apparently 3 floors of the ship are buried under the sand, so its a lot bigger than it seems, and makes a great photo. 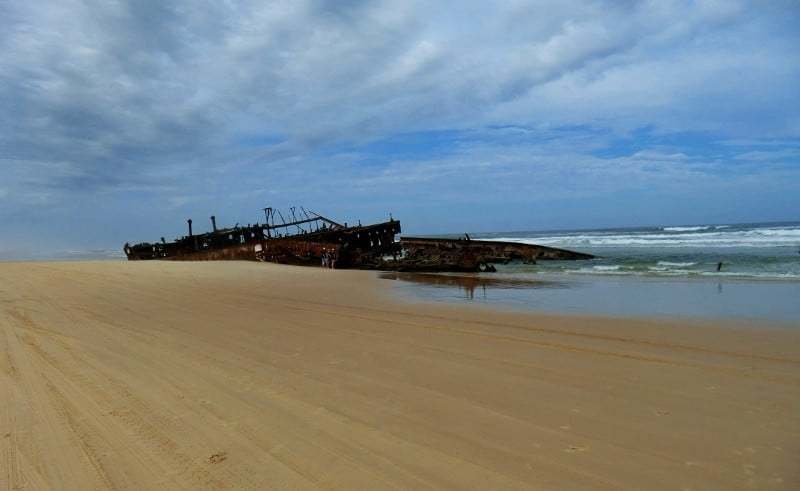 Eli Creek is the largest creek on the Eastern side of the island, and pours around 4 million litres of pure fresh water into the sea every hour. You can walk up and down the creek, swim in spots and even go tubing if you like. The water has been filtered by the sand for up to 100 years, and we literally filled up our water bottles for the rest of the day. 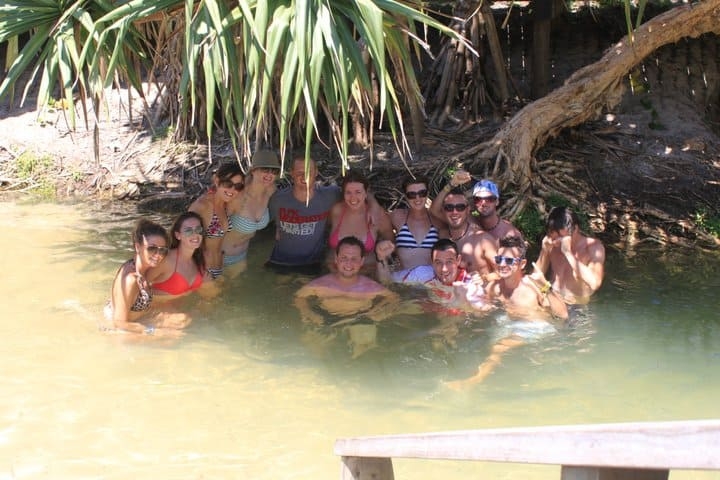 At the end of 75 mile beach lies Indian Head, the Eastern-most point of the island. It was named by Captain James Cook after he spotted a group of Aboriginals looking on, Indian being the term for native people of any land. The astonishing 360-degree views make Indian Head a popular viewpoint for visitors to Fraser Island. Just north of Indian Head are the Champagne Pools, where the waves crash into shallow sandy pools causing a natural Jacuzzi, and the name Champagne Pools comes from the foaming bubbles left behind. 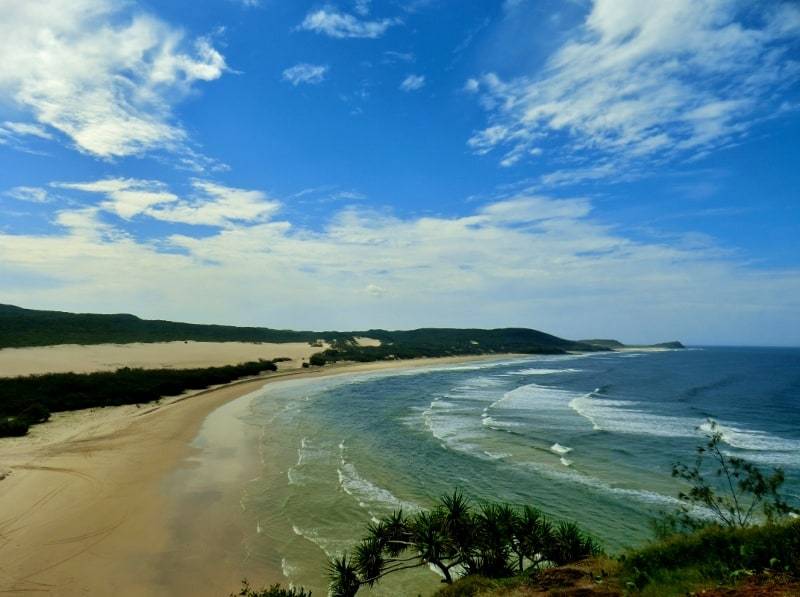 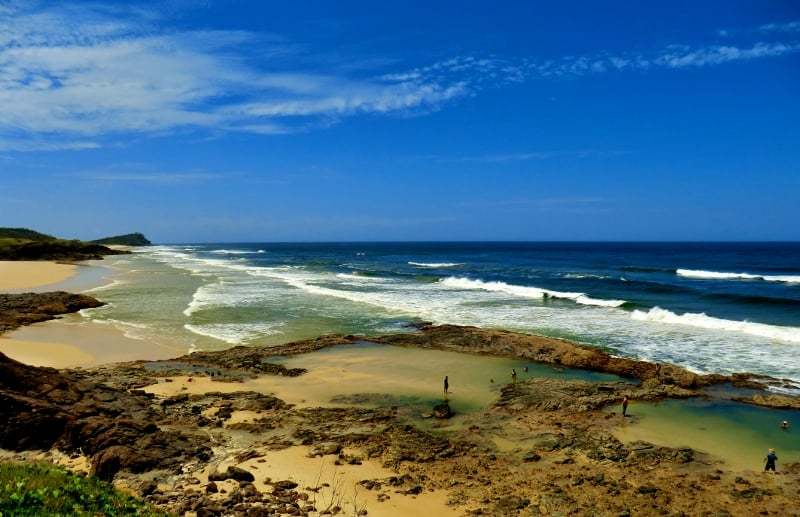 As if these highlights aren’t enough, you bounce around the island in an off-road 4×4 Jeep! There’s a few options in terms of tours of self drive, but there are strict rules on the vehicle specs and speed limits, and its worth paying close attention to the tides for driving on the beach. Take some time to look at the Driver Guide before your visit. We had two Jeeps in our tour which meant we had to take turns driving one of the cars, which was a shame but once my turn came it was a great feeling cruising down the beach! Read more about car options in Australia.

Whilst the East Coast of Australia had plenty of highlights, you really can’t beat Fraser Island. Its the first place on my lips when I’m asked what to do in Australia, it’s a beautiful, remarkable place, where you can find trees growing out of the sand and a piece of paradise at McKenzie Lake. 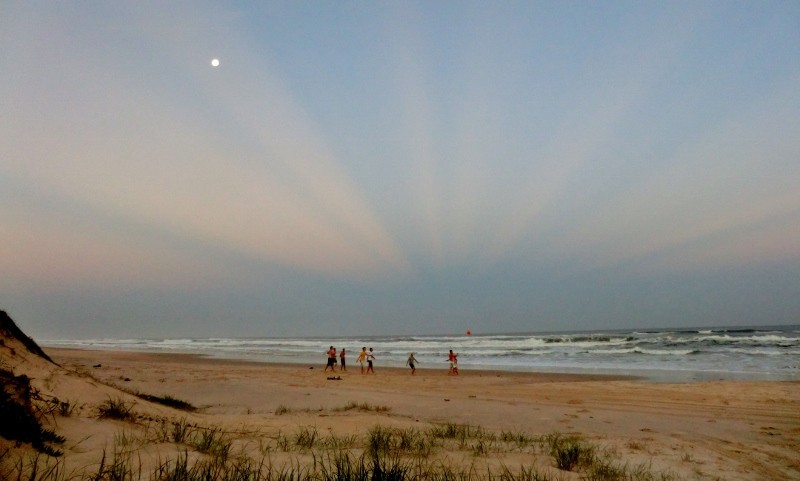 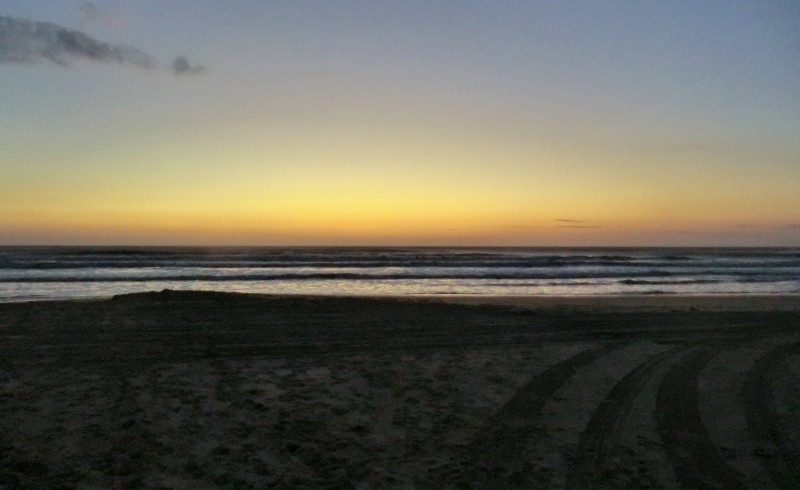 Have you been to Fraser Island or even Australia? What was your highlight? I’d love to hear about your experiences in the comments section below. Thanks for reading.