Prague Weekender: Things to do on a Weekend in Prague 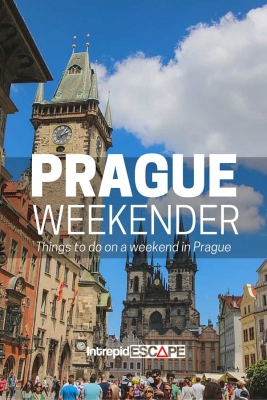 Prague is a city that’s been high on my European ‘Weekenders’ list for a while, and by weekender I mean somewhere accessible from the UK on a budget airline, that isn’t too expensive, has a lot going on but is small enough that you can tick a lot off in one carefully planned weekend. Enter My Travelove, a travel tour company that want to remind travellers to never become tourists! This, is things to do on a weekend in Prague.

Prague isn’t new on the tourist trail, but it’s appeal seems to never fade, it really wasn’t long before I could see why. In the UK it has an unfortunate reputation as a stag destination but thankfully we barely saw any stag parties at all, and I hope it shakes this tag, as there really is so much more to Prague. It’s one of those places you instantly feel at home, and there’s an ease to getting around. It isn’t too big and the River Vltava makes it almost impossible to get lost. As you walk the streets you’ll find yourself surrounded by great history, incredible medieval buildings and huge parks. You also have a chic trendy vibe and some of the best nightlife in Europe. So here’s a few different things you must do on your weekend break, and a couple you might not have thought of… 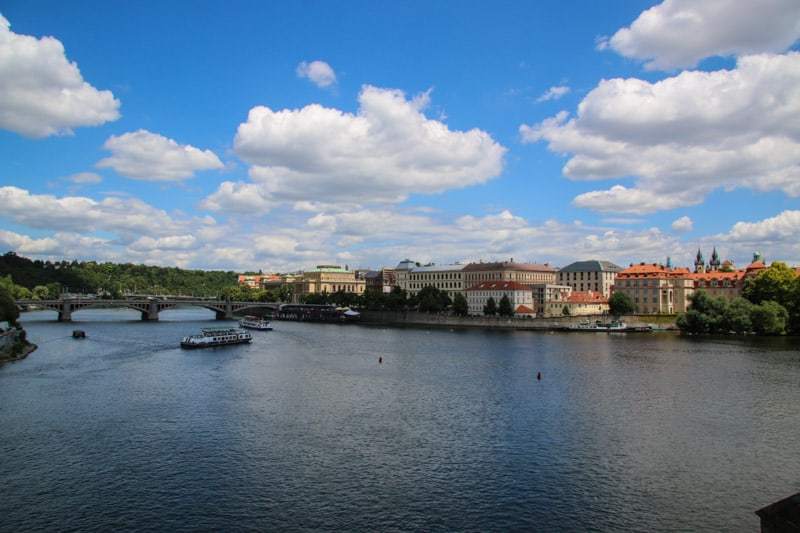 Explore! By Bike or foot

You’ll find a whole load of free walking tours in Prague, just ask your hostel or hotel and they probably have their own. This is a must for getting acquainted with the city, even if you end up visiting places again later. Alternatively, you’ll see a lot more in a shorter space of time by bike, and Prague is a very cycle friendly city. Our bike tour was with Michal a Prague local, and OKOLO Bike Rental, he took us on a tour of the Old Town and the city parks. I’d also recommend the cycle paths up and down the river. With My Travelove, the bulk of your itinerary is planned for you, and it’s all been tested by their local trip planners, so you’ll also have a number of optional extras if you have time, including a walking tour around the castle, and a ‘Explore the hidden streets of Prague’ tour. 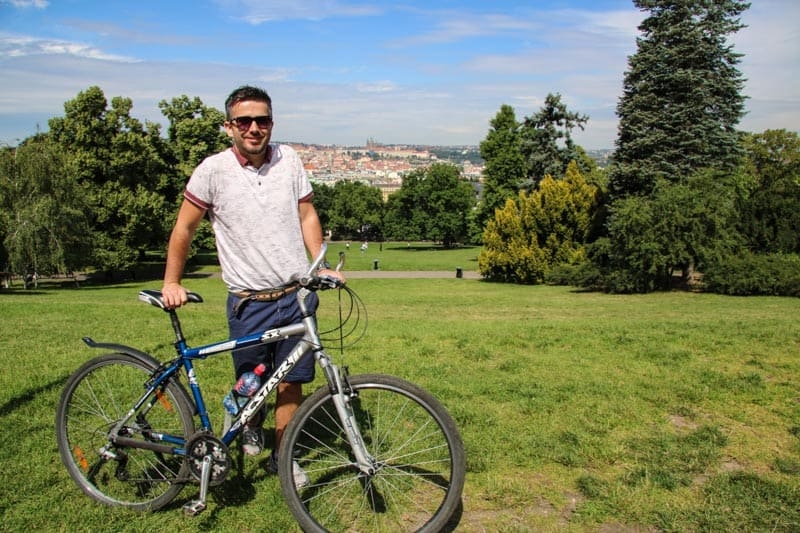 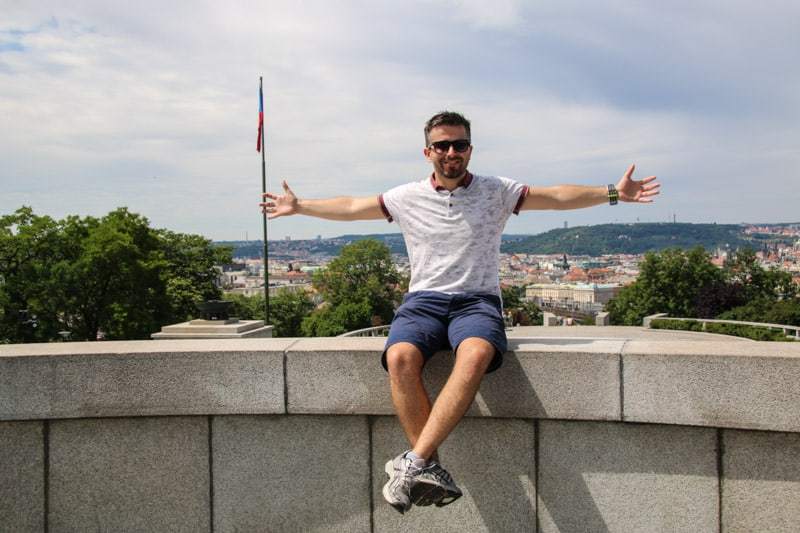 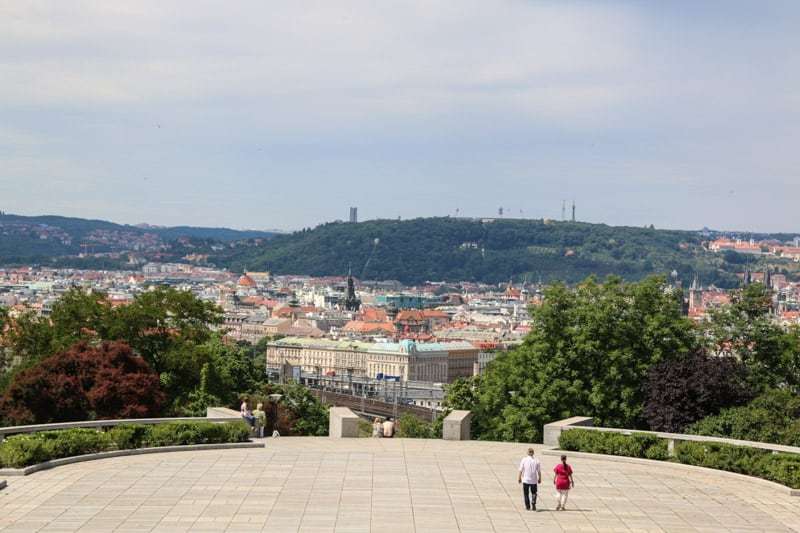 Now to one of my unexpected highlights, and something I don’t write about too often… Food! Lenka our guide from Eat with Locals took us on a tour of modern and traditional Czech cuisine, and I truly didn’t expect it would be so delicious! In 4 hours we tasted foods such as chlebíček (an open sandwich), Czech sausage, collared pork, schnitzel, fried cheese, plum brandy and a variety of local beers and wines. It was such an authentic experience, I can’t recommend it enough. Prague has already succumbed to some of the tourist trap restaurants, which serve international ‘popular’ dishes, so finding local food is hard. And then there is Czech beer, which quite honestly is bloody brilliant! With around 280 micro breweries in Czech Republic, it’s a thriving industry, but look out for a separate post coming soon ‘Pouring a beer like the Czech, in Kozel Brewery’. 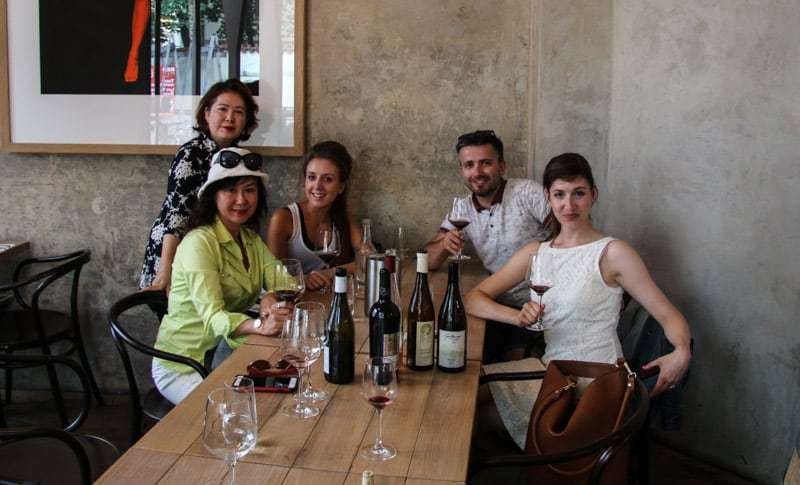 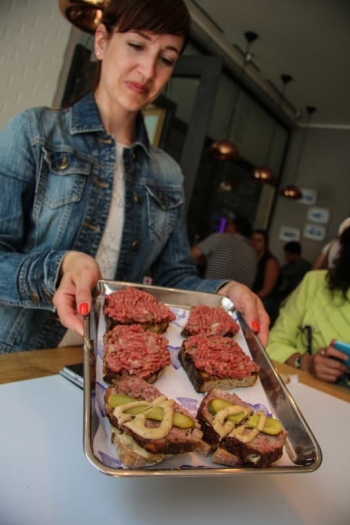 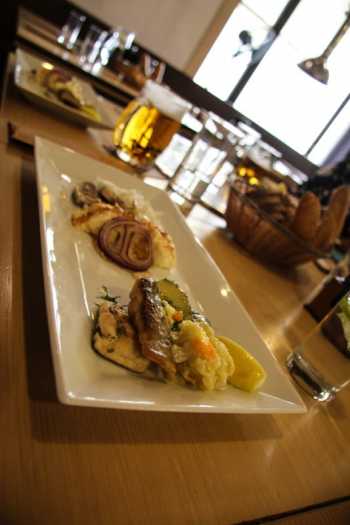 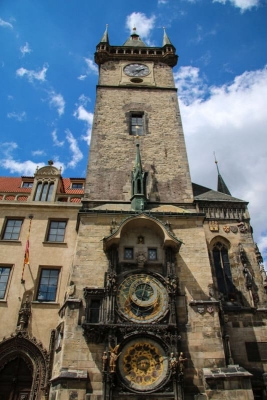 Okay I admit it, there’s a little bit too much to see in one weekend in Prague, but choose a few from this list and see what you can squeeze in! 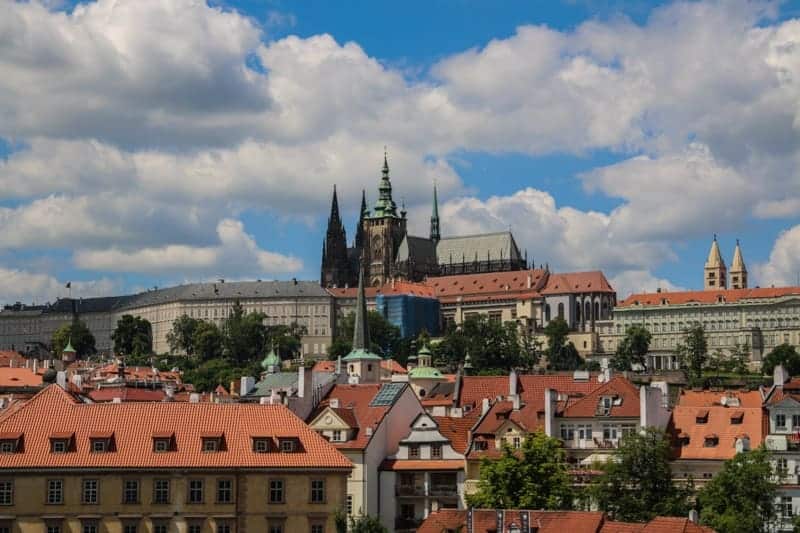 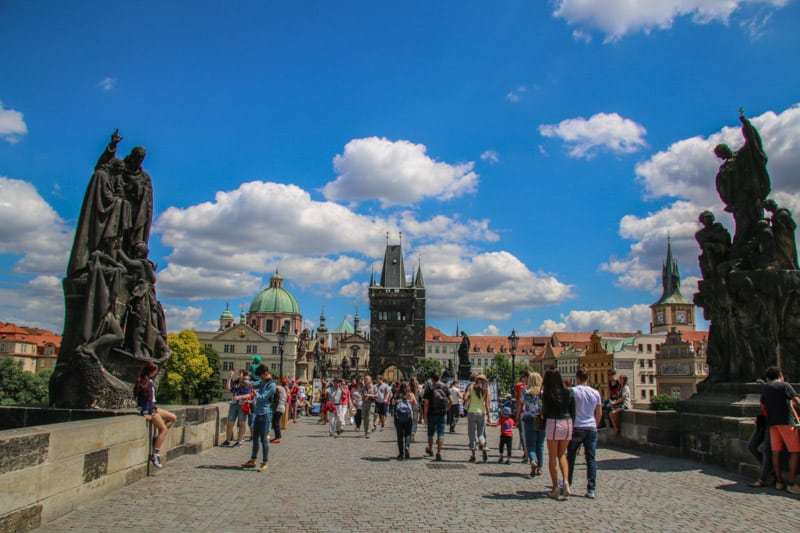 Hotel: Hotel U Raka – hidden behind Prague Castle, just a few minutes walk from the city centre, when you arrive you will feel like you’ve found a quaint village in the countryside. It’s also one of the most unique, romantic, personal and quirky hotels I’ve ever stayed in, and the staff will do anything for you. For more information take a look at Miss Barlow’s Hotel Review.

Hostel: Mosaic House – Located in the New Town and a short walk from all the major attractions, Mosaic House is an Eco hostel with wifi, bike hire, a cool bar and a great social scene. Pretty much everything you need from a hostel along with very reasonable dorm prices. 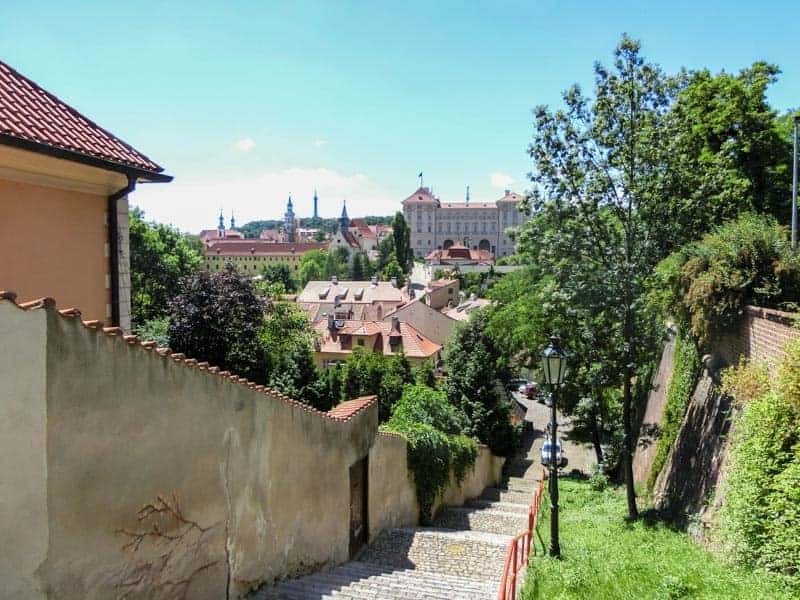 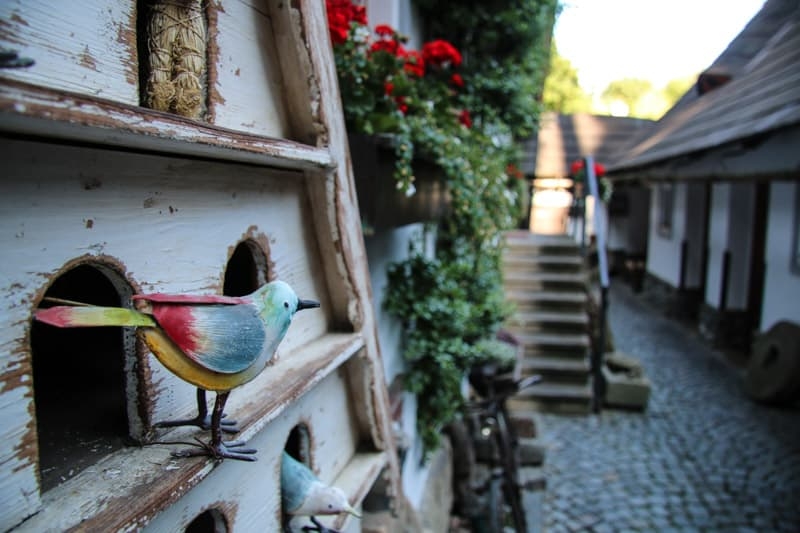 Once you’re in the city it’s easily one of the best places to get around on public transport! I say that as getting from the airport involves a bus or taxi, there is no metro or train. Each bus route takes about an hour so if there is more than one of you a taxi might be your best option. Once there Prague has tons of trams, with passes ranging from single journeys, 1 day, 3 day or 1 month passes. We found the trams really easy and regular, and by far the best way to get around, most popular trams run every 4 minutes! And then there is the metro for certain journeys (which you can take bikes on – just be very careful the escalators are dangerous, I found out the hard way!). The metro is safe and regular and I found it just as easy to use as the London Underground. Of course being relatively small, by far and away the best way to see the city is walking or cycling. 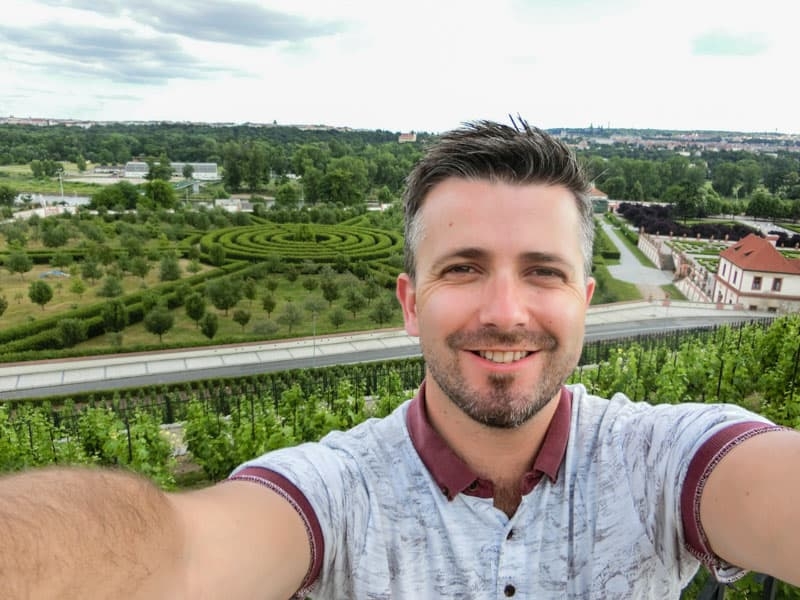 So there you have it, things to do on a weekend in Prague, what have you done in Prague that you can recommend? If anyone has any nightlife suggestions, please comment below as I will write about that on my next visit to Prague! 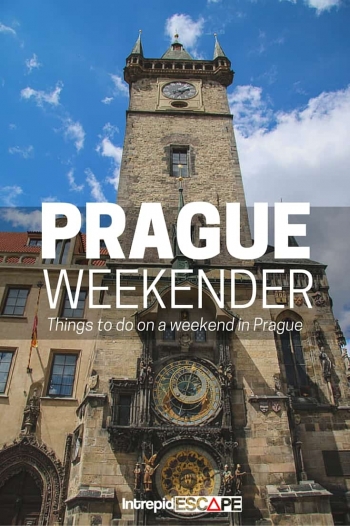 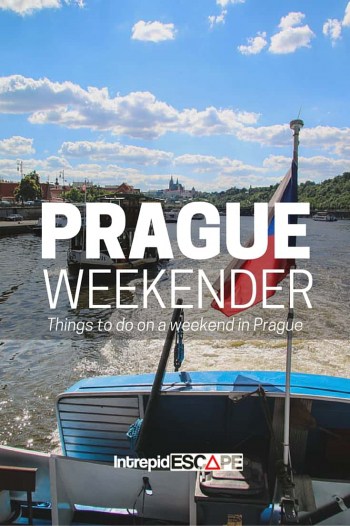 I flew to Prague as a guest of My Travelove, and the majority of the itinerary was complimentary. However all of the content, opinions and photography are my own, and I have not been paid for any part of this trip or article.

8 thoughts on “Prague Weekender: Things to do on a Weekend in Prague”