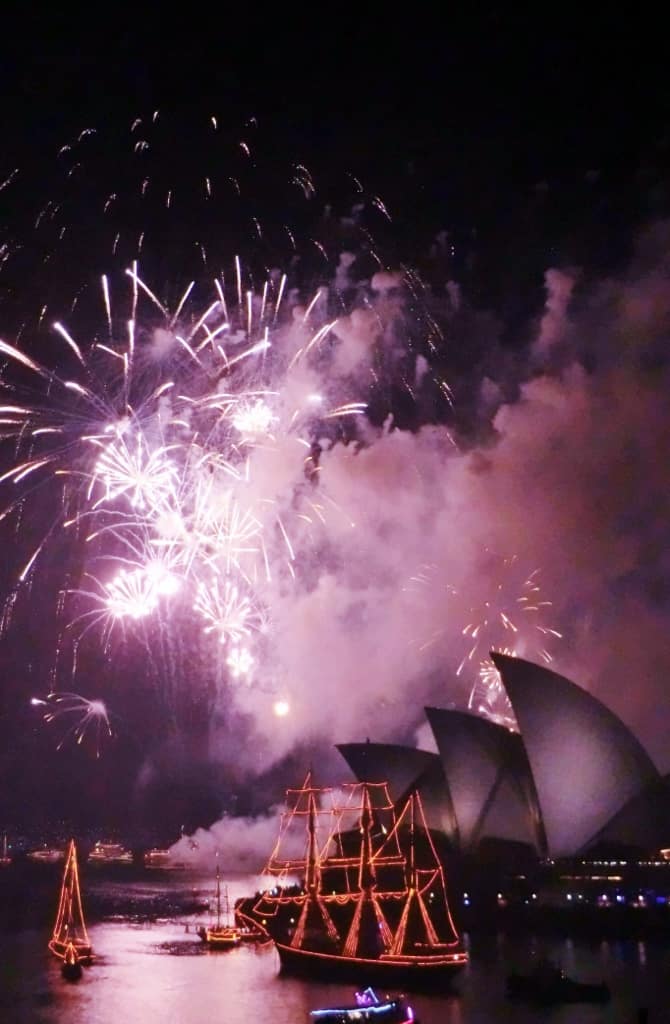 There isn’t much in life to prepare you for the feeling of seeing one of the most iconic travel landmarks in the world. A place I’ve dreamt about seeing since I was young, that you see in photographs and movies, a place that was an early entry on my Bucket List. The walk over the Sydney Harbour Bridge gave me a feeling I’ll never forget, when I set eyes on the Sydney Opera House, blue skies, gorgeous sunshine, this truly is one of the most stunning, eye-catching and remarkable buildings in the world (and these words don’t really do it justice).

I, like many backpackers arrived in Sydney for New Years Eve, my first trip to Sydney and my stay in Noah‘s Bondi Beach hadn’t really gone to plan so far. Man flu hit the day I arrived and I quickly found the majority of the people in the hostel were unfriendly young Aussie’s barely out of school and only here to get drunk. A far cry from the 4 months previously spent in South East Asia, I struggled to acclimatise to Australia at first, it felt like a very warm England. Similar people (with Aussie accents), road network, transport, food, and very familiar fast food brands.

But that was all about to change. Seeing the Sydney Opera House is surreal, with the Sydney high rise skyline in the background, sailing boats cruising past, you can’t take enough photos. Every angle covered, from the bridge, from Luna Park, from the Botanical Gardens, from the ferry to Darling Harbour and the ferry to Manly. It doesn’t matter, everyone who’s been to Sydney will know. You’ll bore the tits off all your family members at home, but it has to be done. Do make sure you make the effort to get a shot at sunrise though from the Rocks, I don’t see too many of those.

Getting lucky on Bondi Beach

[dropcap]T[/dropcap]his is not what you’re thinking! My New Years Eve plans took an unfortunate down turn when two good friends let me know last minute they weren’t going to be in Sydney as planned, having turned down tickets to David Guetta on Bondi Beach my only other option was to head into the city with two Dutch guys from the hostel, but on the day before New Years they were drunk by 2pm, so I didn’t like my chances. I’ve also heard stories of queuing for hours in Australian sunshine with the hope of half a view of the fireworks with thousands of other people. I didn’t fancy taking that chance. Undeterred I plonked myself in the middle of Bondi Beach to consider my options (or lack of) and soak up the sun. With the thousands of people on Bondi Beach I started casually chatting to a girl and her mum next to me, from New Zealand, the mum visiting for New Year, the girl working in an famous office on The Rocks. They very kindly invited me to their office party, probably out of sympathy, I’m not sure, but if you’re reading I thank you with all my heart for one of the most memorable New Years Eve Party’s ever!

Overlooking the Opera House and Harbour Bridge from The Rocks in Sydney is the pinnacle of NYE celebrations, it doesn’t get better than this. No queuing for hours to get into crowded public viewing areas, for a glimpse of the Opera House, this was front row, unobstructed views of what is known as the best NYE firework display in the world (sorry London, it is very close!). So feeling a little like flip flops (thongs) and swim shorts might not cut it, I went out and bought shoes and a shirt, got a bag of mixed booze, nice wine (not goon!), cider – you know sophisticated stuff, and headed to the rocks with an address and phone number. 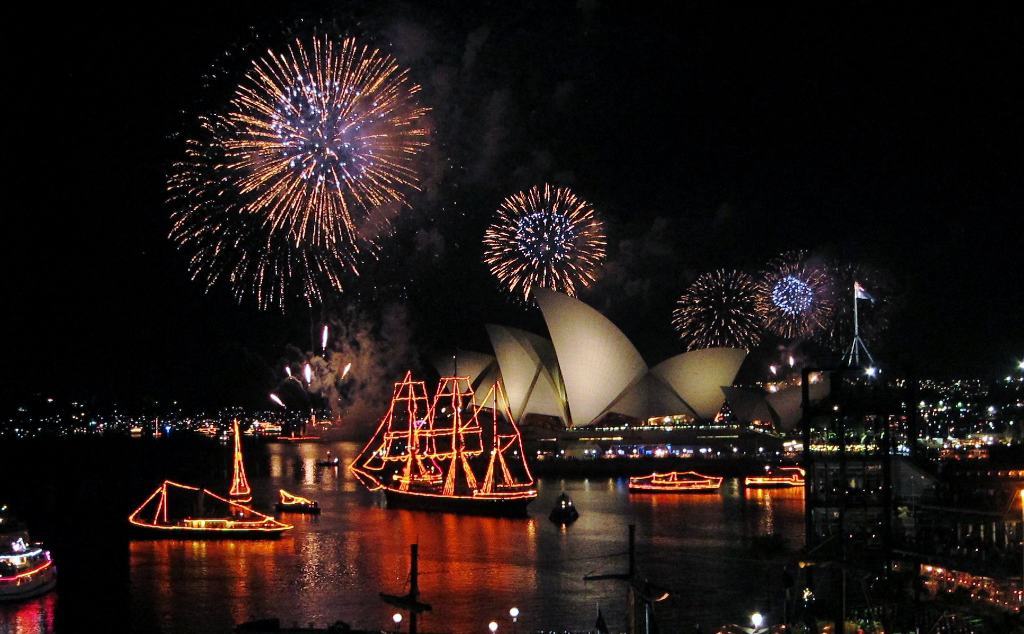 THAT view of the Sydney Opera House

[dropcap]N[/dropcap]othing short of spectacular, a warm breeze blew straight through the office and gave me goose pimples, and nothing’s started yet. My friends were going to miss out. At 9pm the first set of fireworks started, this was just a taster of what’s to come, we spent some time in the street below enjoying the party atmosphere, which was awesome, music playing from all directions and random people hugging you and shaking your hand. Then at midnight the real fun began. With the boats in the harbour lit up, the display begins, and is just magnificent. Fireworks mostly launch from a few barges on the water, but also random boats or even jet skis, but my favourite is the display from the Harbour Bridge, which was to our left. Its reported the pyrotechnics cost over £4 million in previous years, and the display is usually kept a big secret. If you weren’t as lucky as me then here’s a link to the best firework vantage points. I’d love to experience it again someday, from the Botanical Gardens. 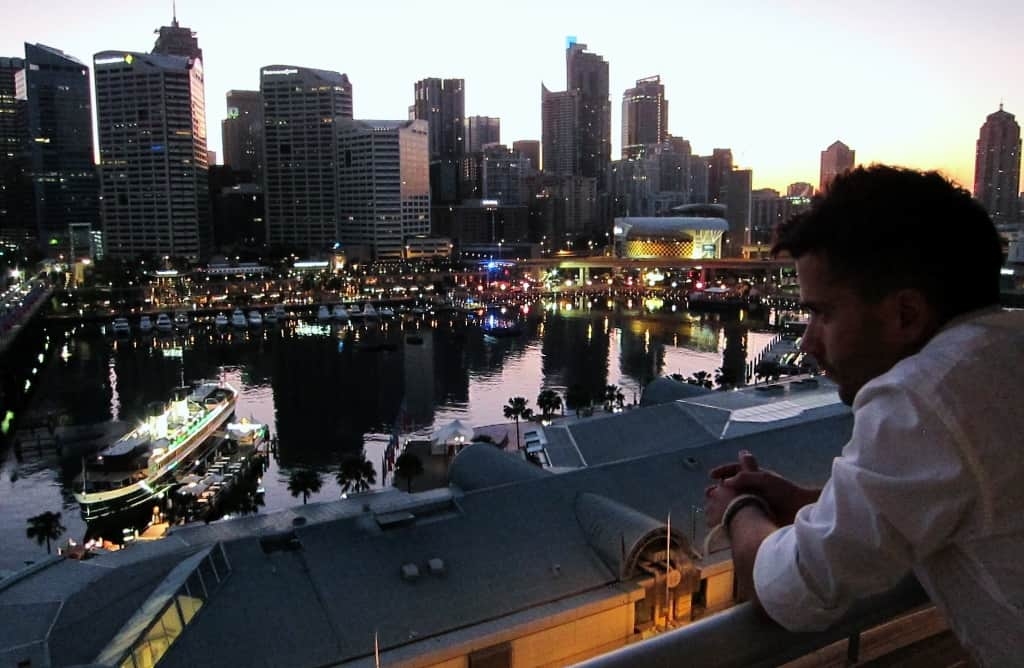 The party didn’t stop there my luck hasn’t run out just yet, on to an after party at Darling Harbour, home to some of the most sought-after real estate in Sydney, and possibly the best place to reflect on what has so far been an epic trip, and see the sun rise for the New Year. This is why Sydney is one of the greatest cities in the world.

If you enjoyed this post please share it with your family and friends. Do you have any suggestions for Sydney at New Year? I’d love to hear your thoughts in the comments below

Getting up early to photograph the Sydney Opera House at sunrise, make sure you take it from The Rocks, the same side of the Harbour as the Harbour Bridge.