Is there a British Music Festival better than Bestival? 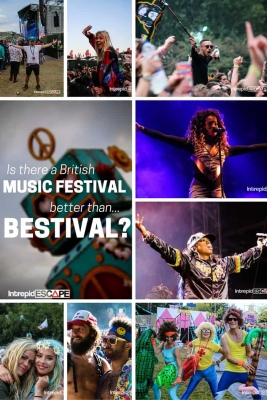 It could be because it’s the final festival of the season, it could be the Island mentality you get on the Isle of Wight, or it could just be the crazy 2015 Summer of Love theme. Who knows? But Bestival is one of the greatest festivals I have every been to, certainly on UK soil. I mean, Boomtown came close, really close. But Bestival was better.

So what makes Bestival the perfect festival?

Yes and no. For me, they will always attract certain fans and make sure the festival sells all its tickets, but if you really love the festival you’ll buy your tickets before the line-up for the following year is even announced. In fact, I’ve had a better time at festivals this year when I didn’t care about the line-up, when I just enjoy the weekend with no agenda. That said Bestival’s headliners really did rival every other UK festival on the calendar this year. 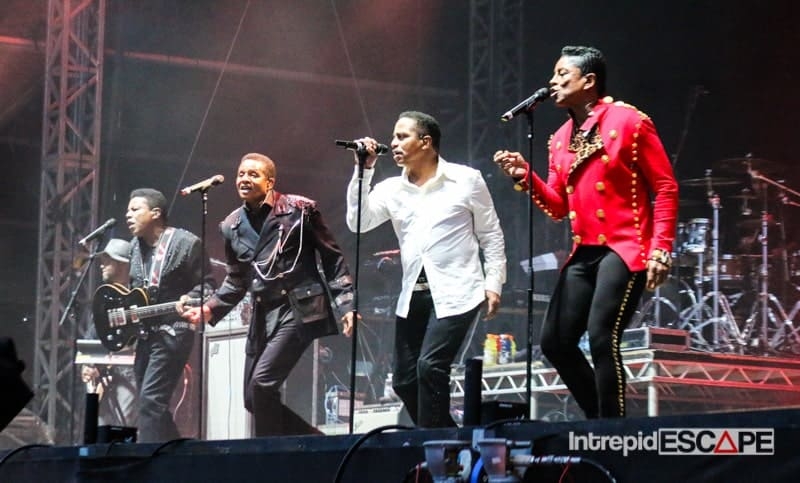 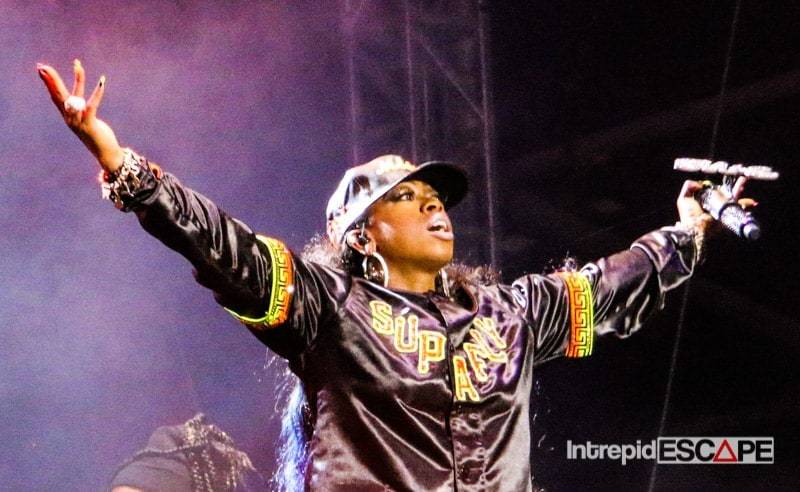 Well they play a huge role in the success of Bestival. Rob da Bank’s Bestival vision started 12 years ago, a vision of how an independent music festival should be done. And it’s now an award winning boutique music festival with a great mix of musical genre’s. On top of all that Bestival has recently been nominated for Best Major Music Festival, Best Dance Event and Best Headline Performance (Missy Elliott, who was awesome) at the UK Festival Awards. 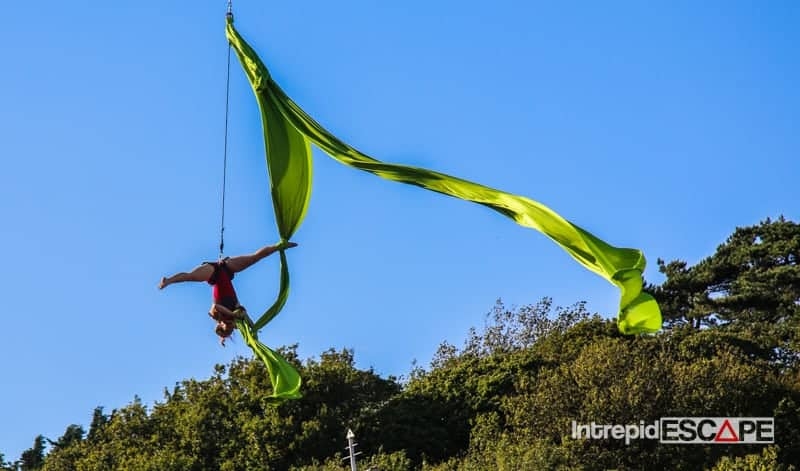 This helps. You have to work for it at Bestival, taking the ferry across to the Isle of Wight adds to the journey, but also makes it feel a little like going abroad, only you don’t need your passport! The beautiful setting of Robin Hill Country Park, coupled with some impressive sets such as The Port, Bollywood, The Wishing Tree and boutique camping, all add to the Bestival experience. 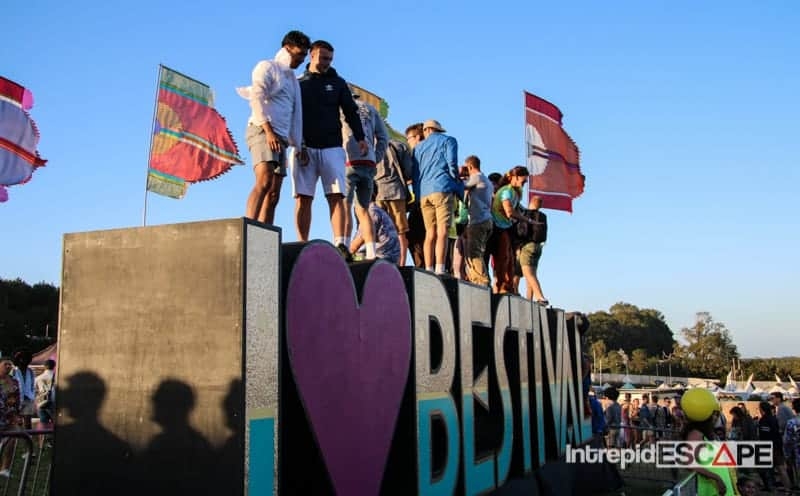 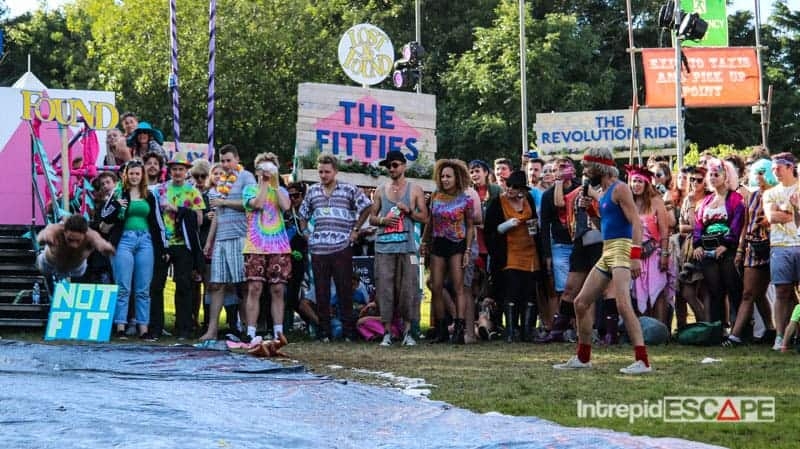 Definitely. There’s always a fancy dress theme, from Desert Island Disco, Wildlife or this year’s Summer of Love. It always makes it memorable and gives people a chance to let their creative juices flow. Bestival is somewhere for your every day person to get artistic and for some to effectively live out their adult fancy-dress fantasies! You can become someone else. 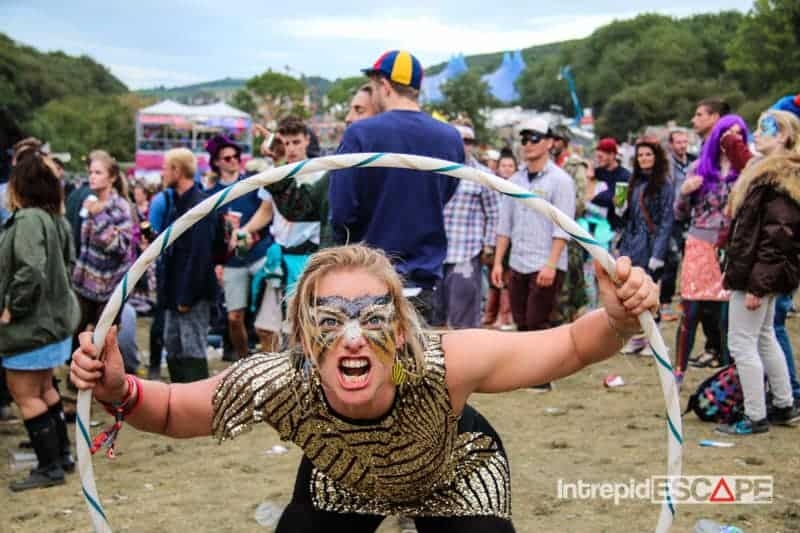 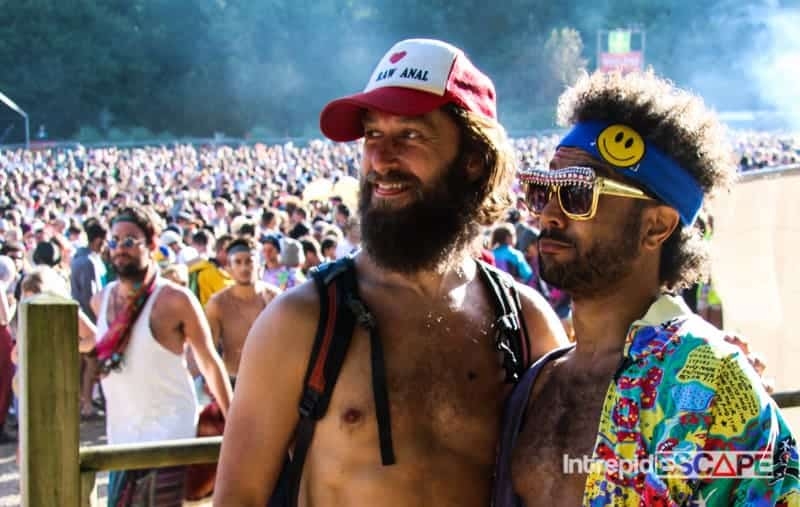 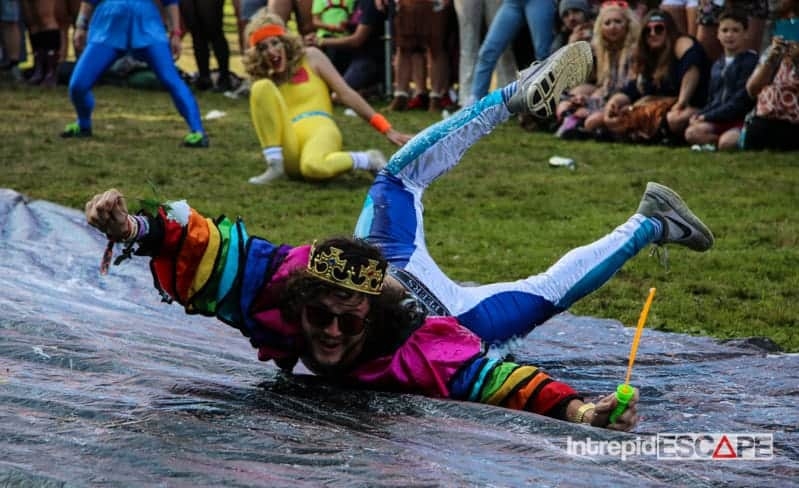 Yes Yes Yes! This is what makes Bestival brilliant. You can’t substitute atmosphere, a friendly vibe or the variety of age groups you get at Bestival. I wasn’t really expecting it. To put it simply everyone was there to enjoy life, escape their reality, live in a surreal paradise and let themselves go. It might sound all a bit hippy and peace and love, but give it a go, you might just like it. 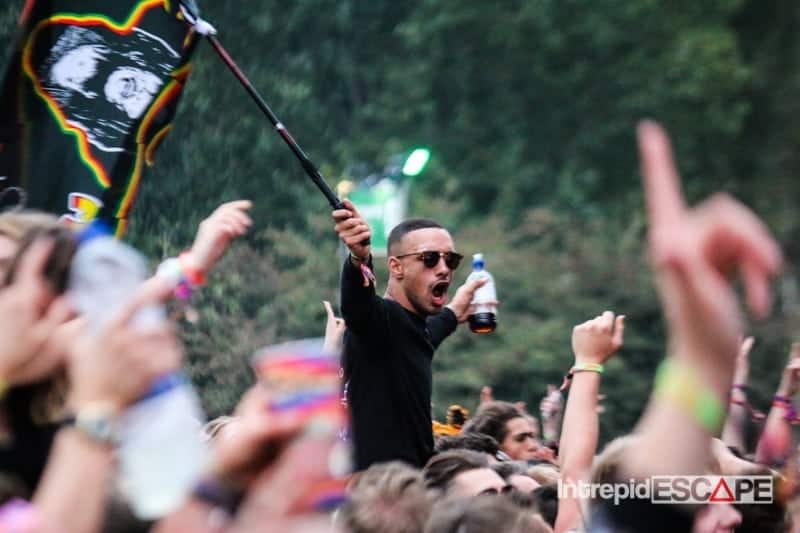 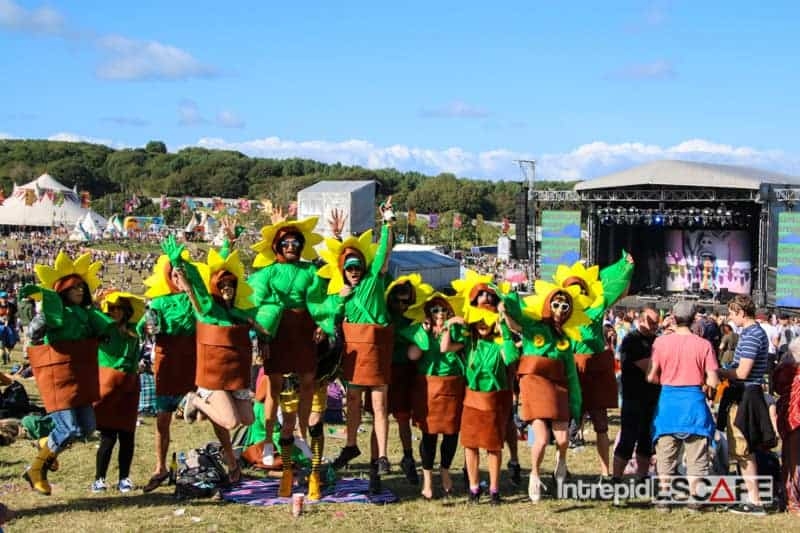 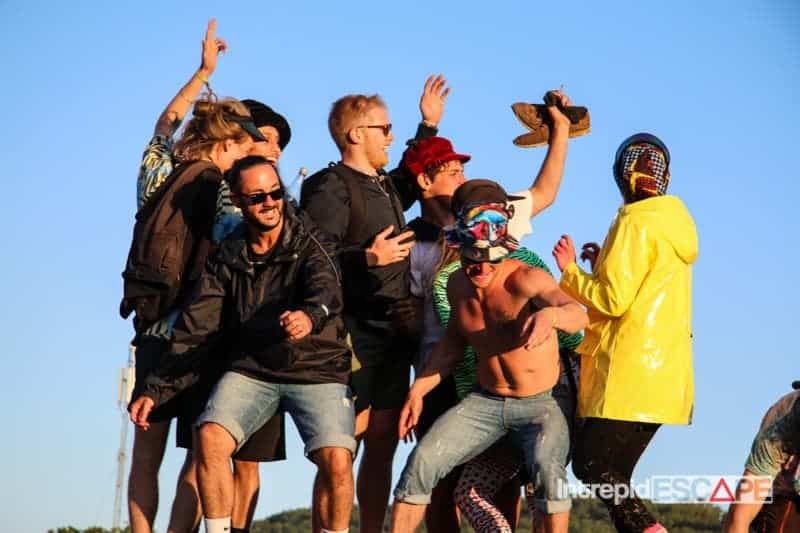 And then of course there is the music. It’s not like it’s an after thought or anything, I was just blown away with everything else. I think the beauty of Rob and Josie’s headliners this year were they didn’t go for the obvious, bands who headlined other festivals didn’t come to Bestival. And it was certainly worth the wait for Missy Elliott, who didn’t disappoint as the closing act, she was just epic! Her first UK show in 6 years. Then there was Underworld, The Chemical Brothers, Duran Duran, Charlie XCX, Slaves, the stunning Ella Eyre, The Jacksons, Craig David, Annie Mac and obviously many many more! 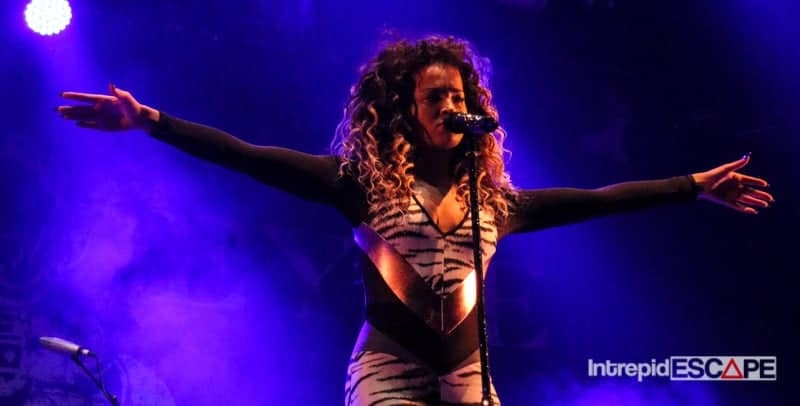 OK so one more highlight. The Port, effectively the 3rd stage was just insane. Every time I ended up there I didn’t want to leave, the term ‘off the hook’ springs to mind. With an incredible DJ set from Rob Da Bank himself, and then Skrillex, who battled the 1am down pour, but it was still the place to be. But if there’s one thing I will say, don’t take my word for it. There’s an overwhelming amount of festivals now, with new ones coming along every year, but not one with the magic of Bestival, which in it’s 12th year shows that some festivals will just get better with age. The good ones will stand the test of time. 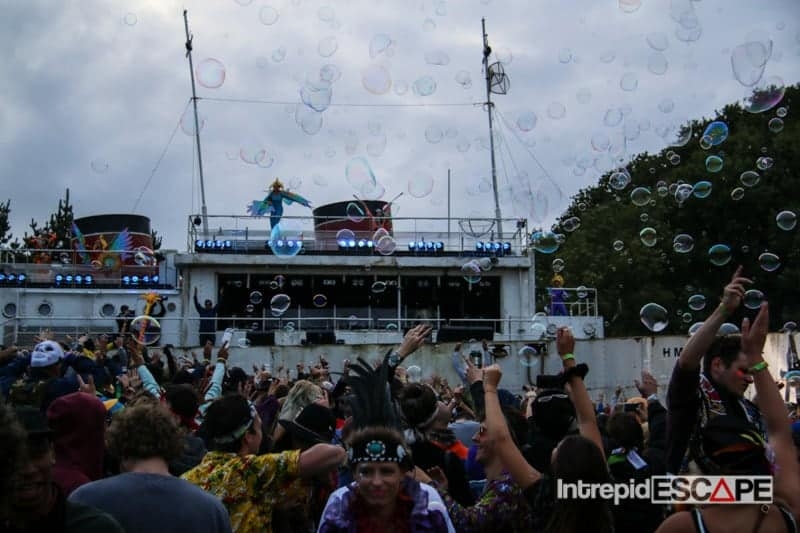 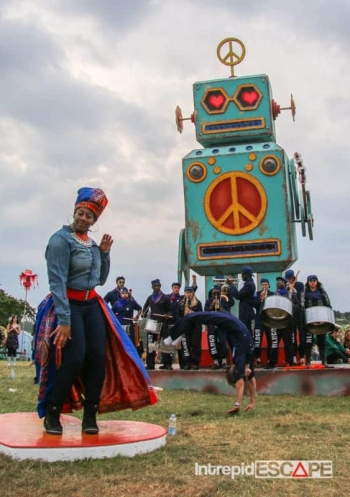 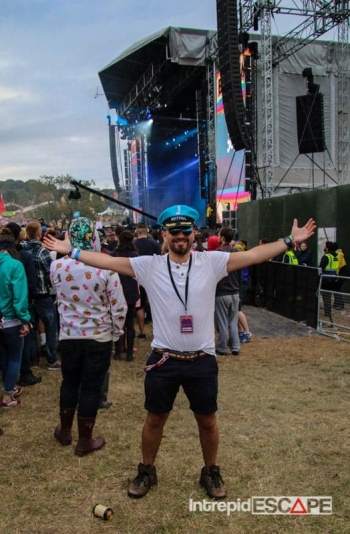 So, what do you think? I am sure you’ve all got a favourite festival, one that stands out among the rest. I’d love to hear your opinions in the comments below… 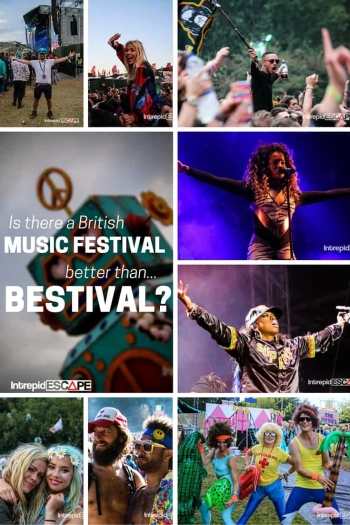